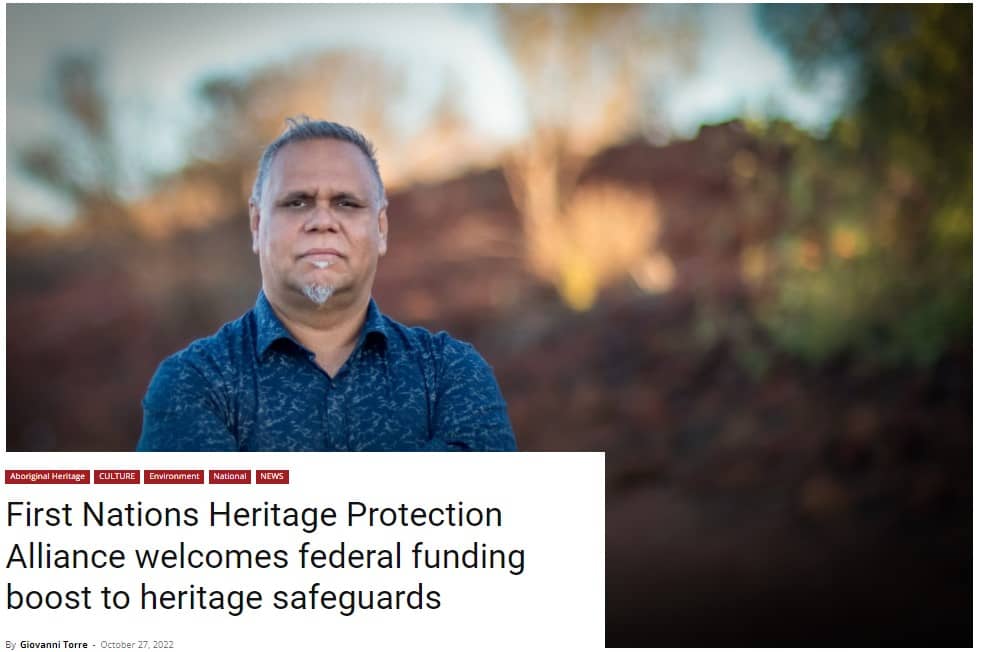 Alliance co-chair, Ngalia Cultural and Community Leader and National Native Title Council chair Kado Muir, said the group has developed a strong working relationship with the federal government since its election in May, particularly through their partnership with the Minister Tanya Plibersek in co-designing stand-alone cultural heritage legislation.

“This budget helps respond to the destruction of Juukan Gorge by Rio Tinto and we welcome the allocation of funding to these important First Nation cultural heritage projects,” he said.

The Alliance acknowledged $6 million to support First Nations people working on country to identify, assess, preserve and protect cultural sites; $2 million to advance Murujuga in the Pilbara Western Australia region known for its numerous Aboriginal petroglyphs and wildlife viewing, to world heritage; $500,000 to advance the Cape York World Heritage listing; and $500,000 to further the world heritage listing of the Flinders Ranges.

The First Nations Heritage Protection Alliance noted the funding will also allow for further development of national cultural heritage standards to ensure “a consistent and best practice approach to cultural heritage protections, enshrined in self-determination and embedded in free prior and informed consent”.

The five-year State of the Environment report released in July called for the creation of stronger Aboriginal heritage laws to protect culture.