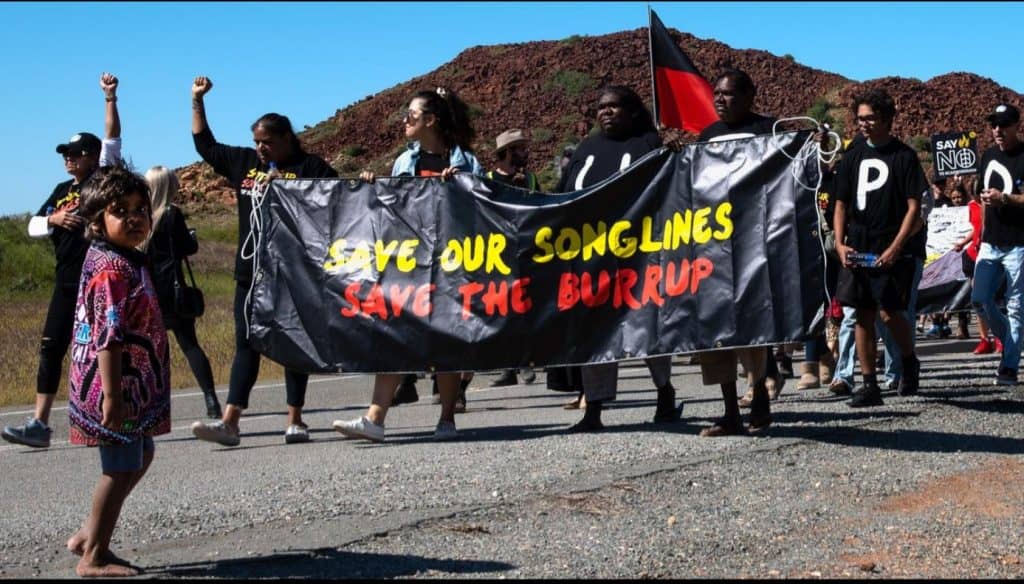 Environment Minister Tanya Plibersek has told proponents behind a $4.5bn urea project on Western Australia’s Burrup Peninsula to pause any construction work while her office assesses concerns over the project’s potential impact on Indigenous rock art and sensitive sites.

Ms Plibersek’s office is understood to have sought an assurance from Perdaman, a Perth-headquartered fertiliser company headed by Vikas Rambal, that no work will be carried out until there has been a decision on whether to grant a formal 60-day freeze of work at the site.

The massive project is expected to create up to 2000 jobs and will produce fertiliser for the agricultural industry, but opponents say it will require the removal of three rock art sites and will impact multiple other sacred sites.

One of those opposed to the project, traditional custodian Josie Alec, said she had been personally assured her application for ministerial intervention was being considered. She said she was encouraged by the news but had been burnt before by government promises.

“You never know with these guys because they’ve done it to us so many times, so I take it with a grain of salt until we get something on paper,” she said.

The scrutiny of the Perdaman urea project comes a day after Ms Plibersek used the launch of the latest state of the environment report to pledge an overhaul of environmental laws and vowed to significantly expand the amount of Australia under protection.

The stop-work request will give federal regulators time to assess whether to exercise powers under section 9 of the Aboriginal and Torres Strait Islander Heritage Protection Act. Should that be exercised, Perdaman would be barred from carrying out works at the site for two months without additional approvals and management plans.

Save Our Songlines, a group of traditional custodians opposed to the project, tried unsuccessfully earlier this year to have then ­federal environment minister Sussan Ley intervene. The request was rejected after Ms Ley said she was not satisfied the area was under “a serious and ­immediate threat of injury or ­desecration”.

Australia’s five-year environmental scorecard has been released, showing all areas are under pressure and…

WA’s Department of Water and Environmental Regulation last week granted final works approval for the plant, clearing the way for work to begin.

Save Our Songlines earlier this week wrote to Ms Plibersek and federal Minister for Indigenous Australians Linda Burney urging them to intervene.

The Perdaman plans have proved divisive in Indigenous communities with ties to the ­Burrup.

The support for the project from the Murujuga Aboriginal Corporation, the body set up to represent the different Aboriginal groups of the region, prompted Raelene Cooper and Patrick Churnside to step down from the group and help establish Save Our Songlines.

Ms Alec said she hoped to see the urea project shifted to a different nearby site where it would not directly impact on the Burrup’s rock art. “There’s a designated area they could move it to 20km down the road where they wouldn’t have to remove any rock art, and they definitely do not have to put all these emissions into the air either because there are new ways to reduce carbon emissions,” she said.

“The desecration of the rocks, that’s already happened over the past 20 years and it can’t happen any more.”

Yet the peninsula and the surrounding Dampier rock art precinct is home to the largest concentration of rock carvings in the world, with many examples relocated or destroyed by earlier developments. There have long been concerns that emissions from that industrial activity could damage the engravings.

The Perdaman project is expected to produce more than two million tonnes a year of urea, a fertiliser widely used for food production. In 2018, Perdaman secured a deal that would see it supplied with gas from Woodside Energy for 20 years.

Earlier this year, Mr Rambal told The Australian his company was working “very closely” with MAC, which he said was satisfied with the consultation and the way forward for the project. 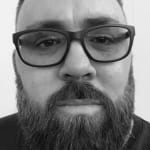 Tom Widdup was born and raised on beautiful Bundjalung country in NSW. Tom joined the NNTC as Executive Officer – Cultural Heritage; Secretariat, First Nations Heritage Protection Alliance in August 2021. In his prior role, for over a decade Tom worked as a campaigner with Oxfam in Australia and the Netherlands focusing on Indigenous rights, tackling poverty, tax justice, gender rights and climate justice. Tom was a founding member of the Close the Gap campaign in 2007 and played an active role in campaigning for Indigenous health equality. Tom was part of the delegation to UNESCO that successfully lobbied for the creation of the Greater Blue Mountains World Heritage area.